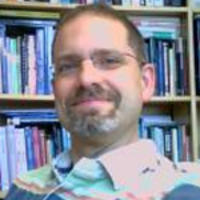 Pietro grew up in Verona, Italy and studied Chemistry at the University of Milano (1987-1993) where he graduated with honours and a passion for structural science. He stayed on in Milano to study for a PhD in structural chemistry under the supervision of Prof. Riccardo Destro, working on the multipole and Maximum Entropy modelling of charge densities in crystalline solids (1993-1997). Dr. Destro's helium cryostat allowed diffraction at temperatures as low as 18 K. During his PhD Pietro was fortunate enough to spend a year in Cambridge, working with Dr. Gerard Bricogne at the MRC Laboratory of Molecular Biology; and he returned there as a postdoc after his PhD (1997-2000), funded by a Marie Curie Training and Mobility of Researchers Fellowship. With Dr. Bricogne Pietro learnt macromolecular crystallographic theory and computing, and contributed to the writing of the macromolecular crystallography refinement package Buster-TNT. He continued working with Dr. Bricogne at Global Phasing Ltd.  after leaving the MRC-LMB (2000-2003).

Pietro then moved to the group of Prof. Susan Lea  in the Biochemistry Department of Oxford University, where he was given a chance of learning basic biochemistry skills, growing his own protein crystals and determining macromolecular structures of human complement proteins and bacterial proteins involved in infection mechanisms (2003-2006). In 2006 Pietro followed Prof. Lea to her new lab in the Oxford Sir William Dunn School of Pathology. After 9 years with Prof. Lea, in 2012 Pietro won a 1-year Fellowship offered by the Basque Foundation of Science (aka Ikerbasque) to spend a sabbatical year in the Basque Country and returned in 2013 to join the Biochemistry Dept. again. Pietro has been involved in the teaching of macromolecular crystallography and biochemistry to graduate students in the lab and at the occasional international school. For the five years' stint 2008-2012 he was responsible for running the Biochemistry Honour school at Lincoln College, Oxford. He now works on aspects of structure and function of the ER UDP-Glucose Glycoprotein Glucosyltransferase (UGGT).

Pietro’s research interests are biomolecular structure and function, and specifically glycosylation-dependent quality control in the Endoplasmic Reticulum (ERQC).  In particular, we are trying to understand how UGGT (the enzyme responsible for the quality control of all proteins secreted by eukaryotic cells) can do its job at all: imagine a single molecule in charge of checking on hundreds of differently shaped molecules, and being able to flag them for retention in the cell if they are incorrectly folded. A molecular mystery! That, or the current model about UGGT needs improving. My colleagues and I think we should find a drug to inhibit UGGT in individuals suffering from certain genetic diseases. We hope to be able to prove this idea right or wrong.

Pietro and his italian colleagues Simona Galli and Massimo Moret coauthored a book on crystallography, published by the Italian Crystallographic Association as part of the 2014 Year of Crystallography celebrations: http://www.iycr2014.org/events/publications/teaching-booklet

The PDF of the book is available online for download: https://www.iycr2014.org/events/publications/teaching-booklet